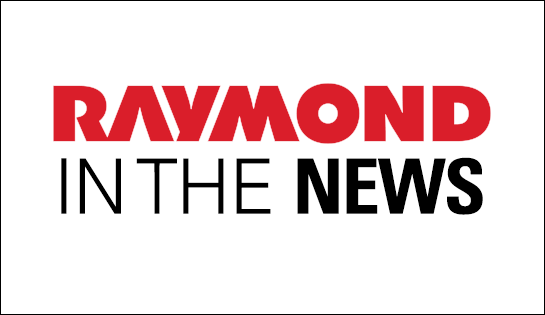 INDIANAPOLIS, IN — Toyota Industries Corporation (“TICO”) recognizes the changing dynamics in the North American material handling market related to e-commerce, labor cost and productivity requirements, which have created a permanent demand for new forms of logistics solutions, beyond forklifts.

To align with market changes and customer needs, TICO has created a new business division to manage North American activities in the area of logistics solutions named “Toyota Advanced Logistics Solutions” (TALS). TALS shall be operated separately from the forklift business, except for coordination in strategic areas as appropriate.

TICO is also pleased to announce the acquisition of Bastian Solutions, LLC, a leading systems integrator with regional US operations and presence in strategically significant international markets. Bastian Solutions will be the first group company in the TALS operative structure, until further plans for strategic growth are announced.

In order to formalize the management framework for Toyota Advanced Logistics Solutions, the following executive leadership appointment is announced:


“TICO chose Bastian Solutions as its first acquisition in this space because Bastian Solutions is a highly respected, solutions oriented systems integrator, positioned as a trusted advisor to the world’s most demanding customers,” noted Mike Romano, who will lead the newly established North American division. “TICO’s current strength in material handling and its long-term strategic vision, combined with Bastian Solutions’ prominence as an innovation leader, will position TALS to address customers’ mission critical needs in ways that are unmatched in the industry.”

“TICO’s values are perfectly aligned with ours and we look forward to a strong partnership,” said Bastian Solutions CEO Bill Bastian II. “We expect this combination will benefit customers and expand our business by leveraging TICO’s financial strength and its status as the global leader in material handling. Our team of associates is proud to have built a systems integration platform upon which further investments are made in the context of TICO’s broader North American strategy.”

Bill Bastian II is expected to remain CEO of Bastian Solutions, which has a history dating back to 1952. No management changes at the company are planned as a result of the deal. In 2014, Aaron Jones was appointed President of Bastian Solutions, a role that he will maintain through the transition. “TICO will be an exceptional partner for Bastian Solutions,” said Jones, who joined the company in 2005. “We have built a first-rate leadership team, positioned to execute the vision of providing differentiated logistics solutions and customer satisfaction.”

“TMHNA affirms its commitment to the forklift business and intends to accelerate investments toward future growth,” said TMHNA President & CEO, Brett Wood. “TOYOTA and RAYMOND brand forklift dealers and their customers will benefit from the creation of TALS, and TICO’s growing focus on and investment in the area of advanced logistics technology.” TMHNA continues to invest in the growth of TICO’s North American material handling business, which has resulted in increased employment levels.

The acquisition of Bastian Solutions is subject to regulatory approvals, with a target closing in April 2017. Nixon Peabody served as lead legal advisor to TICO, with Faegre Baker Daniels advising Bastian Solutions.

TICO was established in 1926 in Japan and is the parent company of TMHNA and TALS. TICO manufactures various products including automatic looms, car air-conditioning compressors, automobiles, engines, electronics, and material handling equipment. In the United States (US), TICO has ten manufacturing factories, employs about 11,000 people and generates more than $4 billion in revenue annually.

TMHNA is the North American headquarters for TICO’s material handling equipment business and is the industry leader in forklift sales. TMHNA produces 1,500 forklifts per week on average in its three US based manufacturing facilities in Columbus, Indiana; Greene, New York; and Muscatine, Iowa. TMHNA employs over 8,000 people and generates more than $3 billion in revenue annually.

Bastian Solutions, headquartered in Indianapolis, Indiana, is a material handling systems integrator with clients and offices around the world. Founded in 1952, Bastian Solutions has established itself as an innovator in the fields of material handling automation, supply chain software, industrial controls, and robotics. The company has 17 US offices and international offices in Australia, Brazil, Canada, India, Mexico and Spain.

We use cookies on this website to deliver the best possible experience. For more on how we use cookies and how to change them, go here.

By continuing to use our site, you are giving us your consent to use cookies.